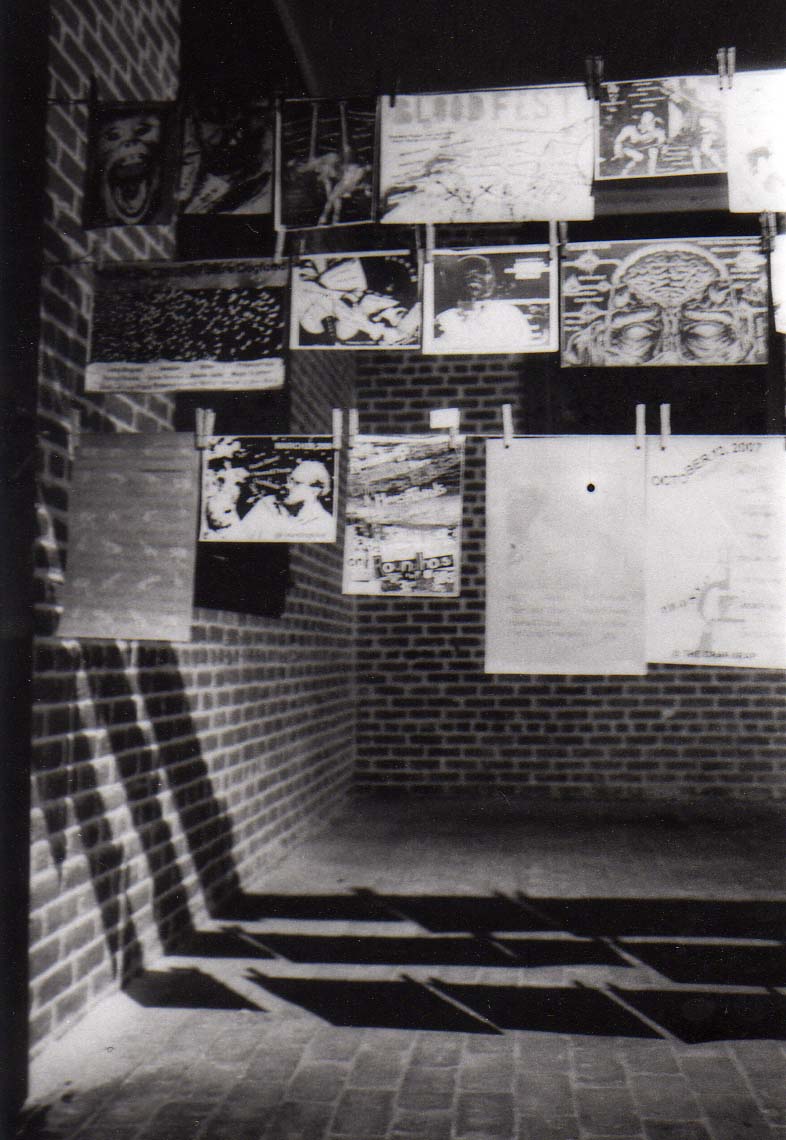 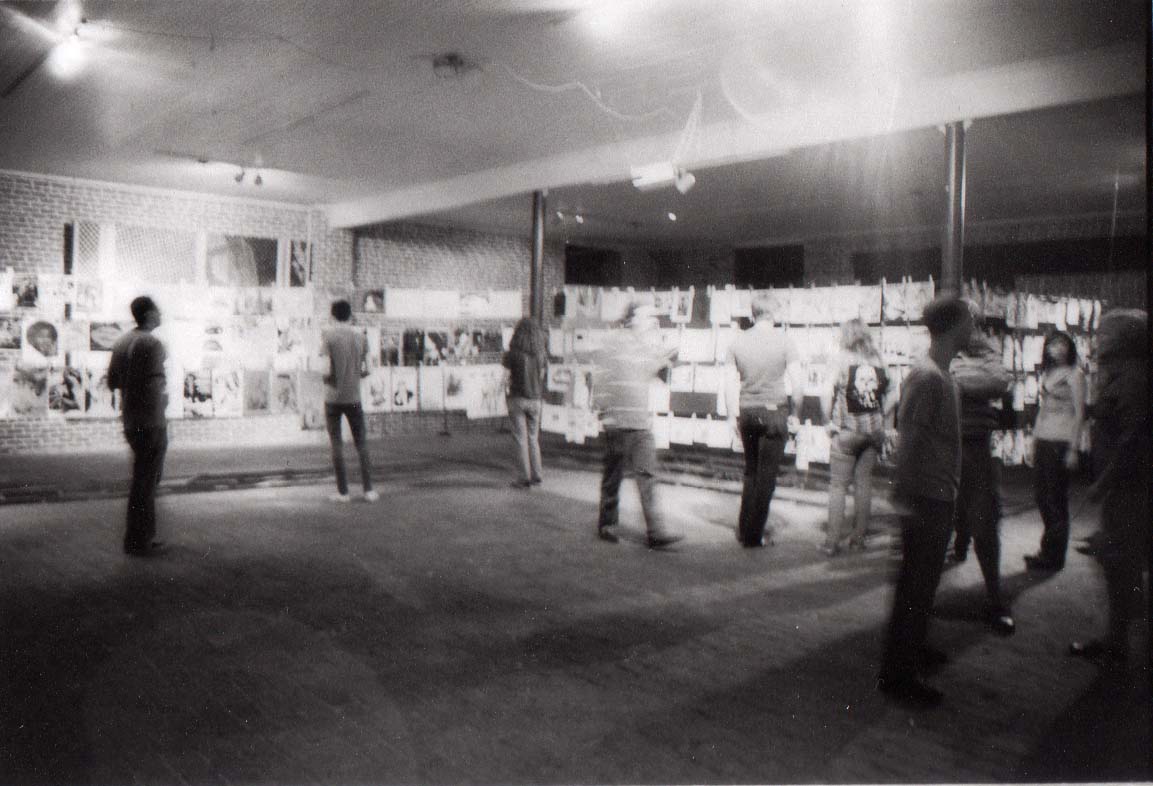 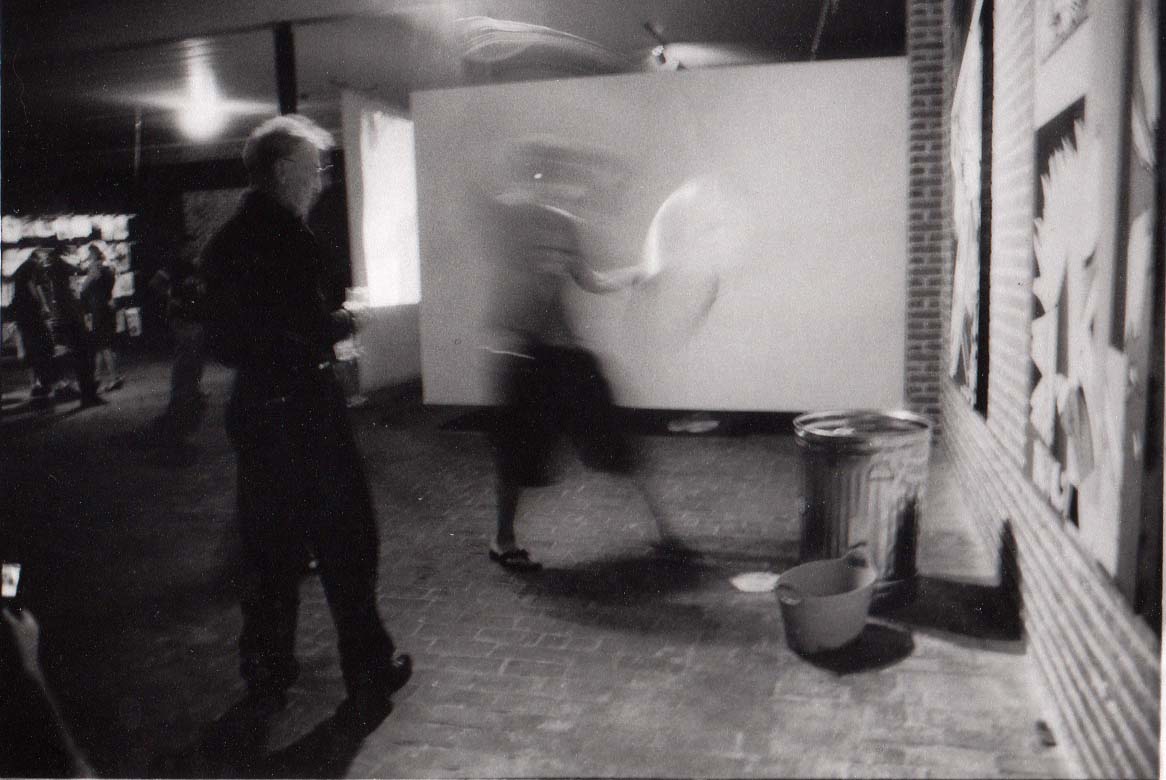 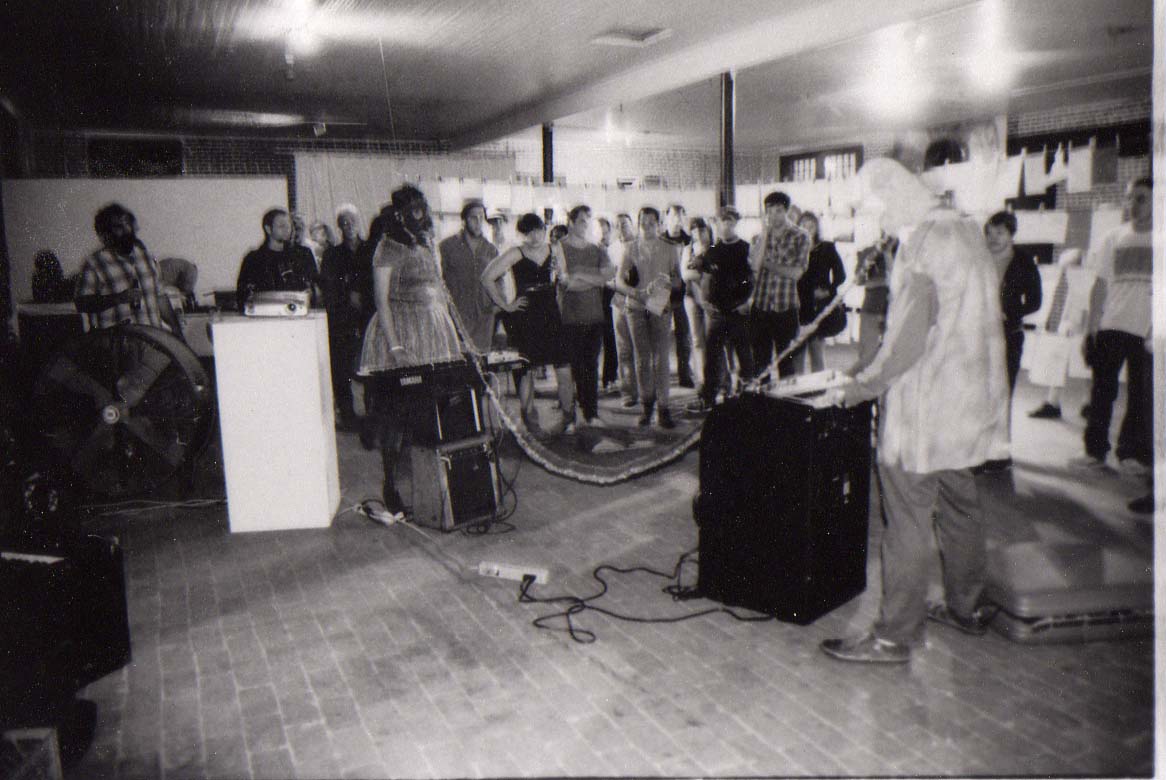 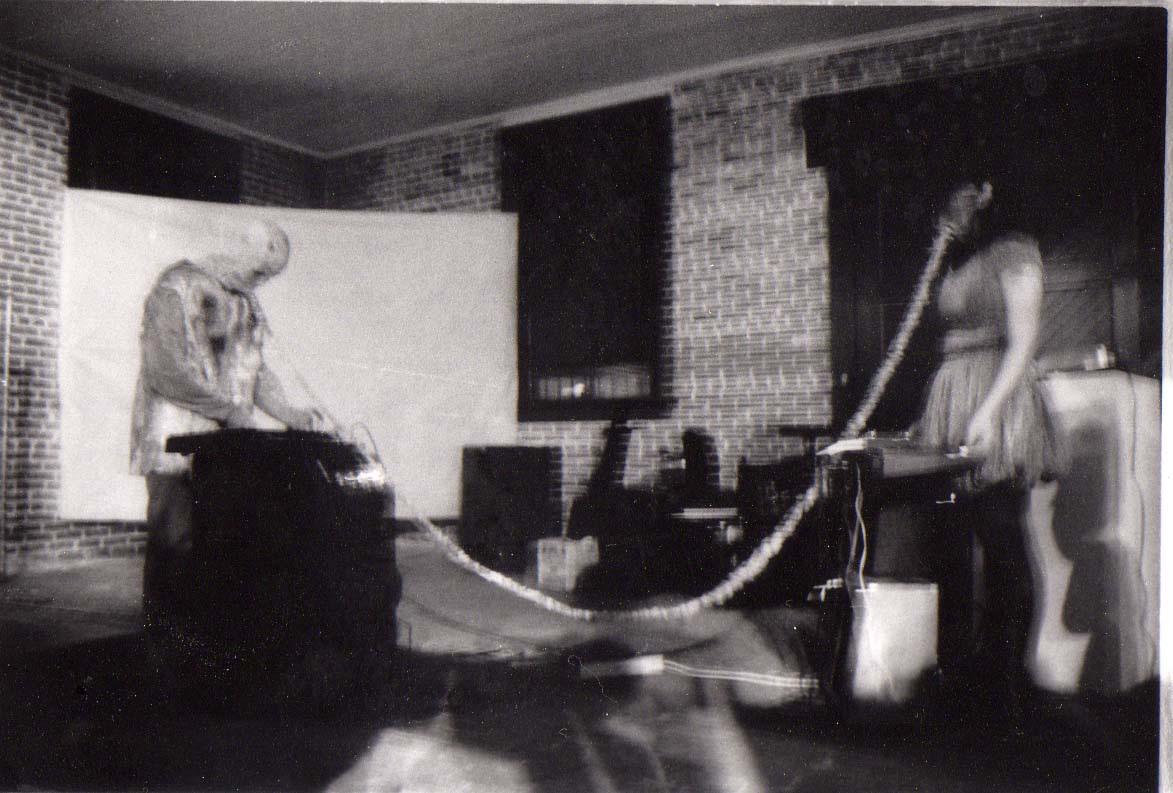 LOUDART- April 5th (Reception)- April 20th
Thoughtfully curated by Todd Lynne (Cephia’s Treat Records) a timeline of DIY Fringe art from the underground music scene in Tampa from 1996- 2008. We installed 3/32 cable through Flight 19 to hang more than 250 flyers to beautiful effect. But there is more!

Theo Wujcik was invited to participate by ES Inc. because of his connection with the underground music scene and displayed several works that challenged the viewers to create a little noise of their own.

1. Men Breaking Glass-Remix- a painting with a metal garbage can in front of it- requested that people shatter their beer/wine/liquor bottles within
2. The Gates of Hell- A large scale work from 1987 with a chain link fence to the side of it invited viewers to rake sticks across the fence surface.
3.Eye of the Storm- Oil on mylar piece- very strange technique pioneered by Robert Milton Ernest Rauschenberg anyhoo- also included a bubble wrap carpet.
4. Screech- painting with implied sound.

Special thanks to JR Bonds, Chris Byrd, and Brian Taylor for making the install happen!

Also featured the evening of this exhibition was the USF Book Mobile. A student driven project to transport artist books and multiples around the region. Thanks to April Childers and Becky Flanders for bringing this project to Flight 19 and beyond.

Also special thanks to the live acts- Insect Joy, Then and Than, Limplungs, and The Long Emergency